Man, I am facing so many challenges with growing food on the farm. It’s hard to start working a new piece of land in an unfamiliar location. I deal with so many problems I never had before, in my small garden at home. Winds, strong sun, deer, groundhogs, rain storms,  crazy fast growing weeds, and so so many pests! I feel like nature is telling me “lady, this land belongs to all things wild! What are you doing here? Shoo, shoo…”

But I ain’t shooing dude. I’ll figure it out, one problem at a time. 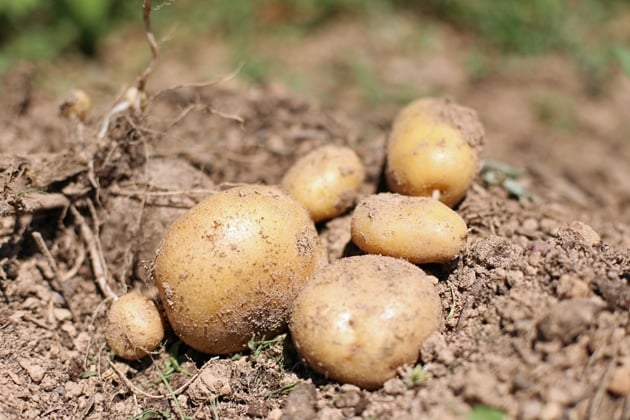 Last Winter, I purchased two kinds of seed potatoes (5lb Kennebec, and 77YUK Yukon Gold) from the Potato Garden. This website is such a great place to buy potato seeds. I defiantly recommend this source. They have a great selection of potato verities and lots of great information on how to grow potatoes. This Fall, I’ll try purchasing garlic seed from them as well.

After cutting a few of the larger ones and preparing the soil (we added lots of compost and peat moss), I planted a beautiful straight row of potatoes in the middle of March. 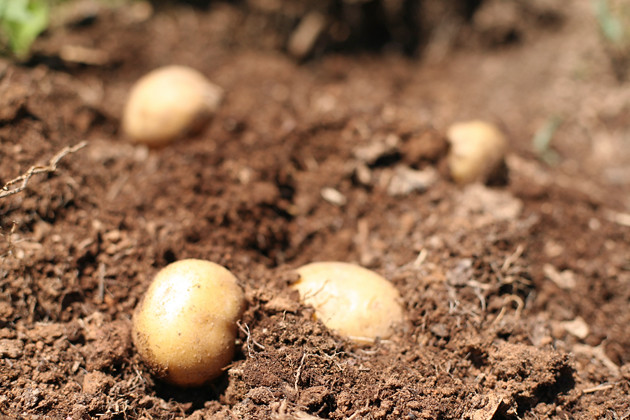 It took the potatoes two weeks to germinate, but once they emerged, they started growing beautifully. Three weeks or so after germination, I hilled the potatoes for the first time. Then, a couple of weeks later I did it again. 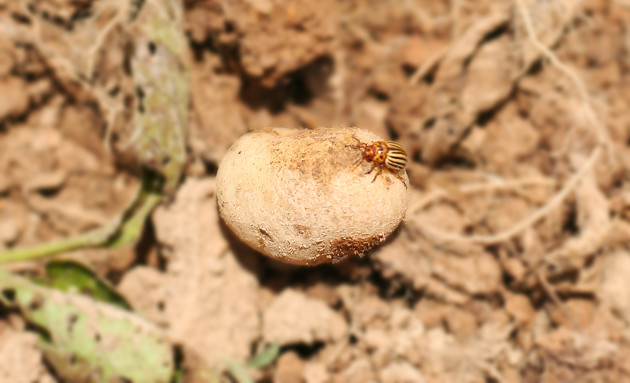 Until one day, I spotted the bug.

I never had the pleasure of dealing with this beetle. This year, was a mess. Once they found my nice row of potatoes, it was like an explosion of beetles. Hundreds. No, thousands. No, millions of beetles everywhere.

I wasn’t ready for them and before I could say, Jack Robinson, my plants were gone. 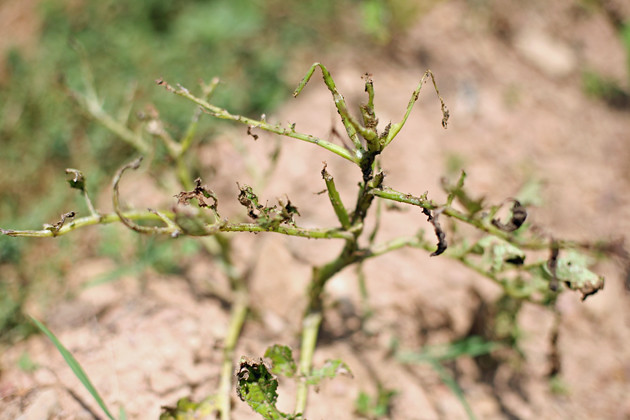 And I mean the whole 100 ft row GONE. At just a feet tall, the potato plants were eaten completely. We tried picking the beetles, but we only get to the farm two or three times a week and by the time we came back there was a gazillion of them crawling everywhere again. After a couple of weeks we realized we lost the war. 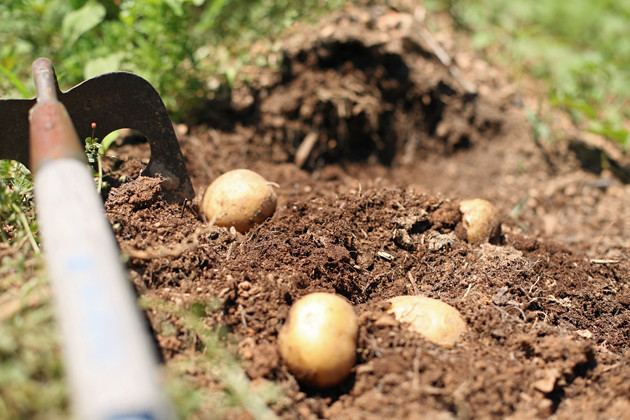 Last week, I was debating if I should start digging the row. I didn’t think there will be any potatoes at all because the plants were just about a feet tall at the end of their lives. But I figured that maybe I’ll start and see if I can get a few for a couple dinners and maybe for next year’s seed.

I was very surprised to find a nice crop of potatoes. Nothing like I should have got, of course. Not as many and most of them are small potatoes, but still, they will last us for a few months.

I dug them up with a hoe, which I do not recommend. You can try a garden fork, but that can damage the potatoes as well. Potato digging is best done by hand, I think since their skin is so thin and breaks so easily at that stage. If you have good soil, it shouldn’t be too hard to do. You just want to make sure you don’t damage the potatoes. 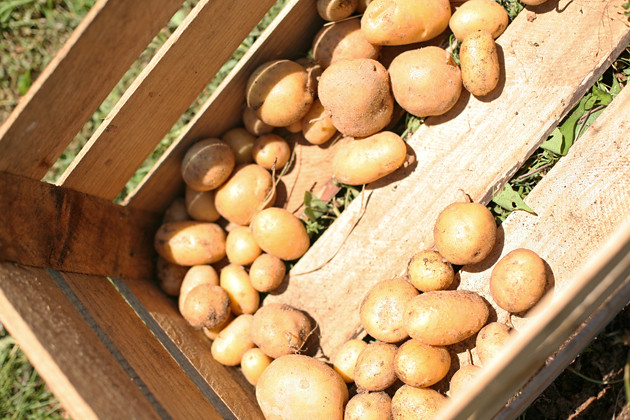 I didn’t get a chance to do too much research yet, but from what I read so far it seems like it’s not going to be an easy task to get rid of those beetles. I think the best strategy will be to try and prevent them from the get go. I think that next year, I’ll try to plant my potatoes a bit earlier, maybe the beginning of March instead of the middle of the month, and I am definitely going under cover. Or rather, my potatoes are going under cover. At least for the beginning of their lives I’ll cover the potatoes with row covers. 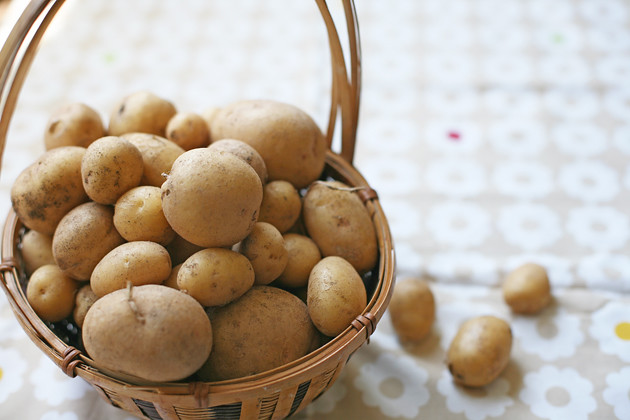 One good thing that came out of the Colorado Potato Beetle disaster is that the beetles were so occupied with the potatoes that they didn’t notice the tomatoes!

But don’t worry, the tomatoes are suffering from insufficient watering. *sigh*.

Anyway, we got some potatoes, so let’s count the blessings instead of the beetles (too many to count anyway…).

This nice basket above is what I harvested from 10 ft of the 100 ft row, so I still have some potatoes to dig.

Now it’s your turn. Tell me about your beetle battle… Do you have any experience with the Colorado Potato Beetle? Do you have an effective way of keeping them away?

« How to Make Vermicompost Tea
How to Freeze Shredded Carrots » 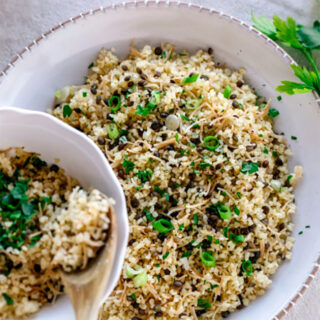 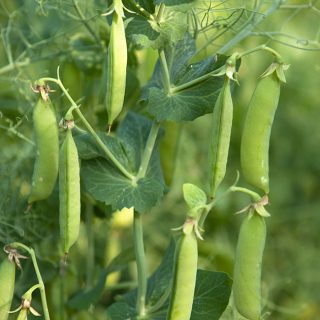 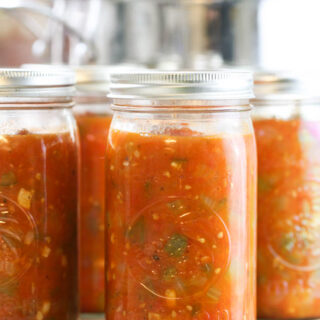