You are here: Home / Gardening / Front Garden Ideas
This post may contain affiliate links, view our disclosure policy for details.

We have an odd shaped small front garden right to the side of the entrance to our home. It’s an area where the builder planted those evergreen bushes that never grow and never die and are absolutely boring to look at. A couple of years ago, we pulled those out and planted some flowers in there. This was nice but, if to be honest, we didn’t take good care of the small front garden. This year I decided to clean it and plant vegetables instead of the flowers.

Here are some of my front garden ideas that helped me turn this area into a, hopefully, much more productive place.

First, I started by pulling out all the old plants. Then, I opened up the soil a bit with a garden fork. You just push it down into the soil and move it back and forth to create holes that go deep down. Then you pull the fork out. Doing this will make it easier for the roots of the plants to grow but won’t disrupt the soil too much.

The second thing we did was to add another piece of lumber all around the frame to make it higher so I can add soil.

Once that was done, I filled the garden with a mix of garden soil and compost. Now is also a good time to add some organic soil supplements as well. I use Espoma.

The wall was yelling ‘trellis’ at me, and right away I was thinking about the stash of bamboos I have behind the shed. Months ago, a neighbor was cleaning an area of his yard where bamboo was growing out of control. I saw the mess of cut bamboos in his front yard and told him I’ll be happy to take them.

Back then they were green and full of leaves. It took me a couple of weeks to clean them. I ended up with 200 or so bamboo sticks in different lengths. Now they are dry and ready to become a bamboo trellis.

I measured the width and length of the wall, placed the bamboos on the driveway in a grid pattern and tied each junction with a twine. Then I cut the ends of the sticks that were too long.

I placed the grid leaning against the wall and pushed it into the soil a bit.

I know that this will be good enough for beans, but since I already have both green and purple beans growing in the garden, I wanted to plant fall peas here.

So I added twine vertically and horizontally in between the bamboos. I think it will be easier for the peas to climb this way.

I also wanted to utilize the side of the steps. Last year, I planted pole beans here, and they were very successful. This area is getting a good amount of sun, and the beans liked climbing the railing. When I cleaned the beans, I made sure to leave the roots in the soil since beans (like peas) store nitrogen in their roots. If you leave the roots in the soil instead of pulling them out, the nitrogen will gradually release into the soil and become available for other plants (read more about nitrogen fixation here).

Anyway, the soil over there should be very good.

So I placed some bamboos and tied between them. I might need to add some more twine here. We’ll see.

Lastly, I put down bricks, so I have something to step on when I care for the garden.

I am excited about this small front garden. Even though it’s small, I can still grow many carrots and green onions because those crops don’t need much space. They are great for small gardens.

I hope that maybe this post encourages you to transform a small odd shaped area in your yard into a productive vegetable garden. And I hope you can use those front garden ideas to your benefit. 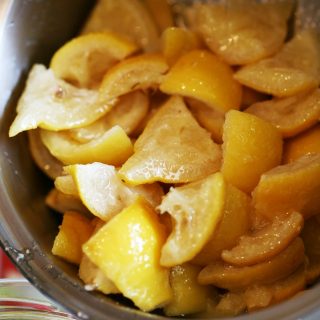 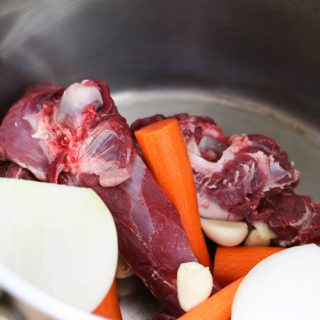 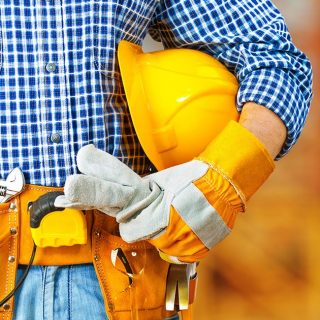 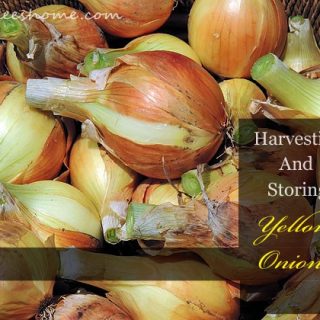