Did you ever read one of those classic fairy tales to your child and thought ‘this does not make any sense, at all!’  Well, it happens to me all the time when I read the story of Goldilocks and the Three Bears. I mean, what little girl will wonder off by herself in the woods, trespass into a house, where lives, none other than a family of friendly bears, then eat a hot porridge, which tasted better because it was in a small bowl, then break a child’s size chair, where usually a bear sits, only to fall asleep peacefully without messing the house. Yeah, right.

You know why it doesn’t make sense? Because it is not the real story, that’s why! For years, they (not sure who ‘they’ are exactly…) lied to us. Generations of kids grew up on false information. But one thing in the story remained true to this day. The hot, sweet, milky porridge. And if you ask me, it must have been an old fashion semolina porridge.

So, I am here today, to tell you the real story of Goldilocks and to give you this easy recipe for a wonderful old fashion semolina porridge.

The story of The Three Bears was first published in 1837 by Robert Southey. Some suggest that Southey was not the first to come up with the story, in fact, it is said that a very similar story had been told much earlier starring a fox as the antagonist.

In Southey’s tell, the three bears are not a family, but three bachelor bears living in a house in the woods. Already makes much more sense, right? Anyhow, they are described as a small bear, a medium bear, and a large bear, and they have always been friendly and trust-worthy.

Goldilocks, on the other hand, was not a sweet, curious girl with gold curls. Far from it. She was a filthy, ugly, foul-mouthed, bad, old lady. A criminal, really. Some suggest that Southey heard the story of the fox and confused it with an old, dirty lady. Goldilocks? Dreadlocks! That was her real name.

Anyway, the criminal lady broke into the three bachelor bears house, ate their porridge, broke their furniture in search of gold and went upstairs to take a nap since she was homeless and a warm bed sounded good. When the three bears came back home and found her, she ran away before they could fetch the forest’s police. Exactly what every criminal would have done.

And let me tell you, she was lucky it was in the woods in England because if this happened in America, the three bears would have probably had a shotgun or two in their possession, living in the woods like that. And this could have gone the wrong way for the criminal (or the right way, depending how you look at it), second amendment and all….

So you see how we became softies over the years? This might be the core problem of our world. Little kids are not being told the truth and criminals get away with their crimes.

In my opinion, we need to tell our kids the truth and nothing but the truth, live in the woods, and eat homemade, traditional, made from scratch food. And of course, own a shotgun (or two), God forbid Dreadlocks will show up!

So, to celebrate the good ol’ days, I made this comforting, sweet and delicious old fashion semolina porridge today.

(This is a basic recipe which you can double or triple as you wish.) 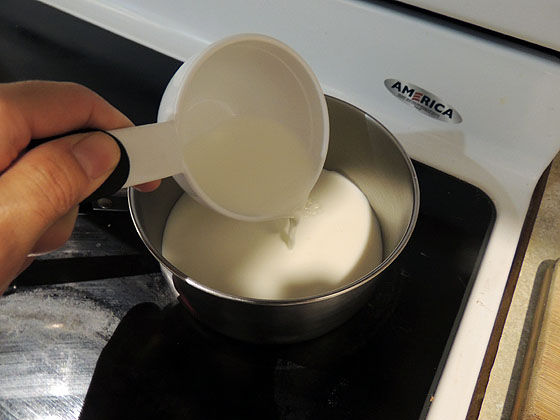 To a pot, add one cup of milk. I used whole, but you can use any milk you want. Turn the heat to medium and heat, stirring frequently, until the milk starts to bubble. 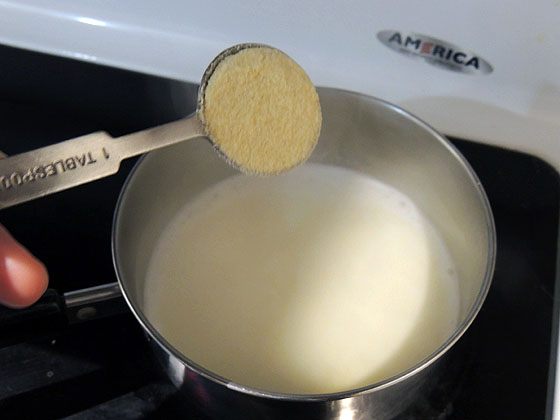 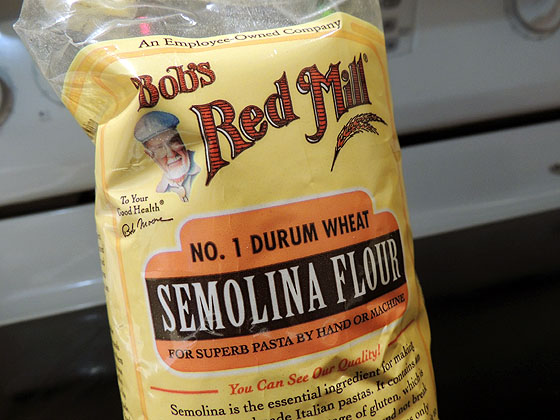 I used Bob’s Red Mill. You can find it here or here. 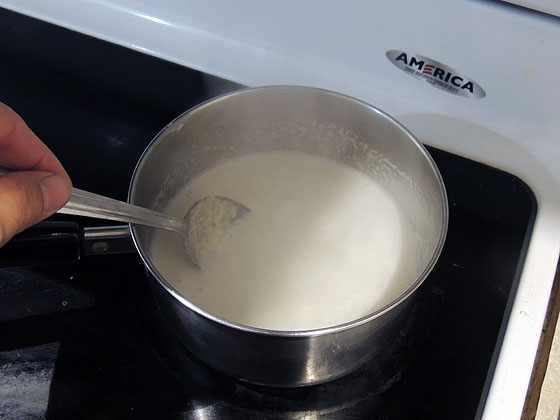 After you add the semolina, go right back to stirring the porridge. It will thicken pretty quickly. 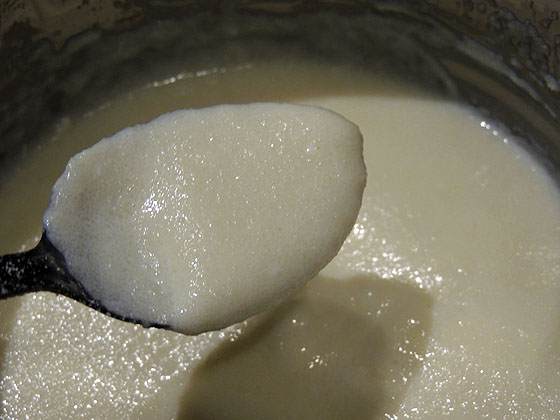 Once it is thick enough for you, turn the heat off. If you let it go too far and it is too thick, you can add more milk. 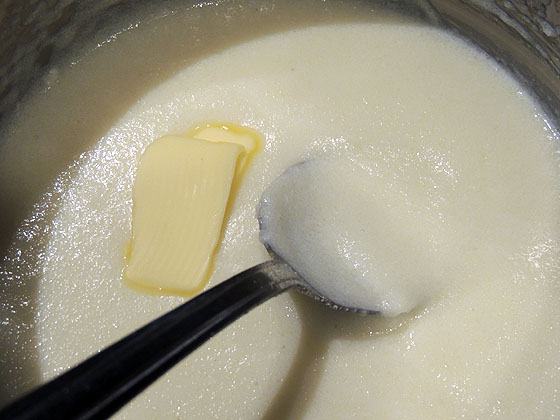 Add a teaspoon of butter and mix until it melts. 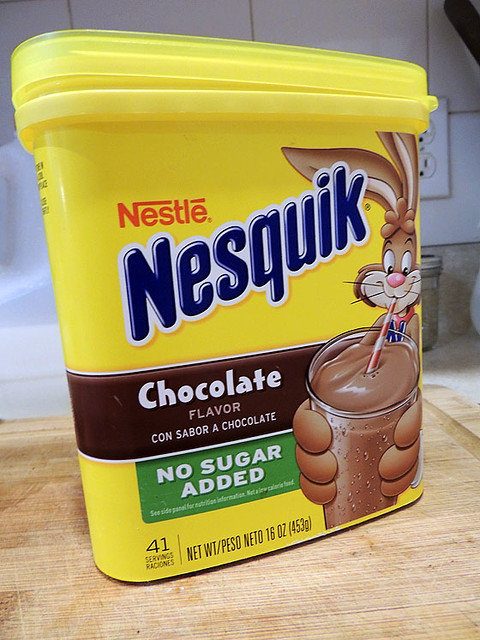 There are many things you can add to this porridge. For example, brown sugar, maple, honey, jam, cocoa powder, chocolate, and many other sweeteners. I used Nesquik because this is what my best friend ate on her semolina porridge every morning in the dining room of the Kibbutz we grew up in. It reminded me of her. 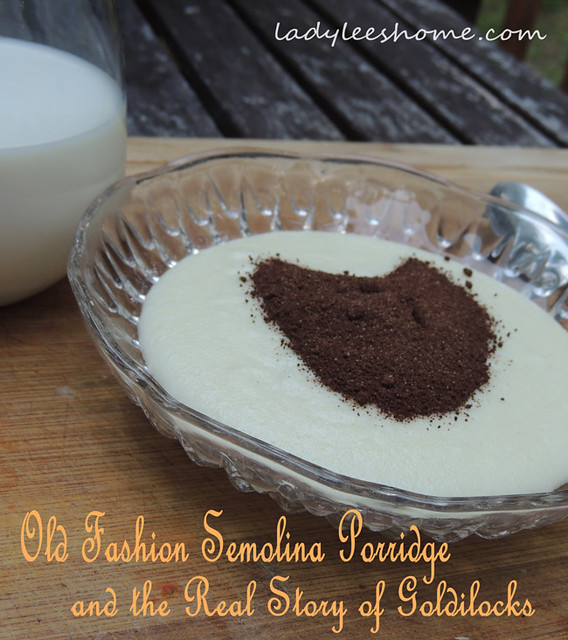 So there you have it… the ugly, yet sweet, tasty truth! 😉 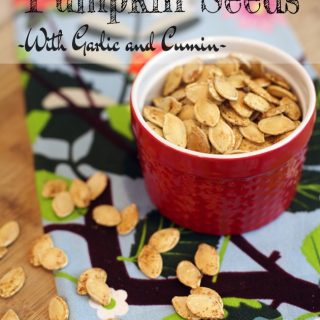 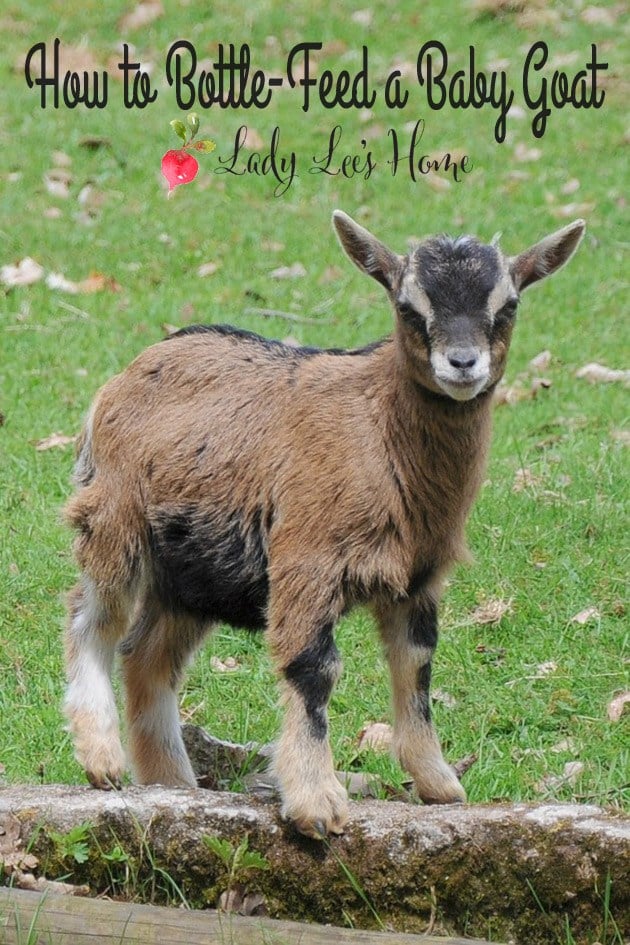 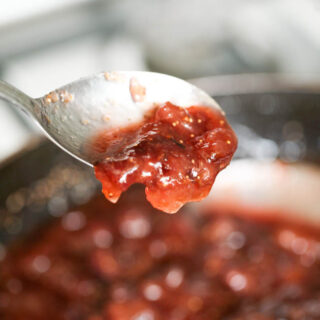 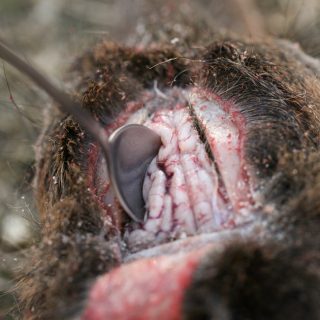