These Mediterranean stuffed peppers are to die for! I’ll show you step by step exactly how we make this dish in Israel. At least how my mama makes them. This is a childhood dish that is just as delicious now as it was when I was a child. It’s very healthy and it freezes great so it can be an amazing freezer meal. I have the Mediterranean Stuffed Peppers recipe card for you at the bottom of the post.

I’ve planted a row of bell pepper plants in my garden this year which was supposed to produce more than enough delicious peppers for the kids and me.

I planned on preserving some of them in vinegar and salt, make pepper paste to freeze, can some roasted peppers, and make these delicious Mediterranean stuffed peppers.

They are my four favorite things to do with the peppers that I grow every year (aside from eating them fresh and using peppers in a delicious shakshuka recipe!).

However, this year, for some reason that I can’t figure out, my pepper plants are struggling. From all the plants that I’ve planted, only one plant is producing. It’s enough for fresh eating, so I am thankful for that, but as the season progresses and summer is almost at its end, I started giving up on the idea of being able to preserve peppers…

Then one day, my neighbor strolled down the driveway with a gigantic box of red bell peppers for us. Hallelujah!

They were so red and so ripe and even though I left a few of them for us to enjoy in a salad or just to grab and eat fresh (we eat them like apples!), I had to hurry up and do something with the rest so they didn’t go bad.

I consider this Mediterranean stuffed pepper recipe a way to preserve peppers because it freezes great. If you have many peppers in the garden, this is a great way to preserve them.

You make those stuffed peppers, divide them into freezer containers and freeze them for later. It’s a healthy freezer meal! All you have to do is take the container out of the freezer and let them thaw. Then you can heat them in a skillet or in the microwave and you have a delicious meal.

This was my intention… I made this large pot of Mediterranean stuffed peppers thinking that I would freeze them in portions that will serve as an easy lunch for me when the kids are in school and while I am busy with work around the homestead, but they were so good that I ate half the pot, fed the kids, and shared with a few friends who came for a visit…

Not one pepper made it to the freezer… Oh well.

Making the Stuffing for the Peppers…

I start with half a cup of white rice. After washing the rice, I place it in a small pot and add half a cup of water. I cover the pot, turn the heat on high and bring the water to a boil, then lower the heat and cook the rice until all the water is absorbed. This takes a few minutes.

This is exactly how I always cook rice except I added less water so the rice is not cooked all the way. If you feel like it, you can use bulgur instead of rice.

Once the rice is ready I let it cool for a few minutes and then fluff it with a fork. Then I let it cool all the way while I keep working on the stuffing…

So, while the rice keeps cooling, I add a big bunch of parsley leaves (I remove the stems) and a medium onion, peeled and cut into large pieces, into the bowl of the food processor.

I pulse the parsley and onion a few times until they are processed.

I add the parsley/onion mixture, 1 lb of ground beef, and the half cup of partly cooked rice into a large mixing bowl.

And I use my hands to mix it all well together.

I put this aside and go to work on my peppers…

Cleaning and Stuffing the Peppers…

I divided the huge box of peppers that I got into three (for my Mediterranean stuffed peppers, pepper paste, and roasted peppers), I chose the largest peppers for this dish, however, these peppers were still much smaller than the ones you find at the store.

This is just normal for homegrown peppers (to be smaller than the gigantic ones we find at the store) and I actually think that this dish is much easier to eat if you don’t use huge peppers.

I used a total of 23 medium peppers in this dish.

To clean the peppers, I cut around the stem and pull it out. Then I reach inside and remove as much as the white part that is inside the pepper as I can as well as the seeds.

Next, I fill the peppers with the meat mixture. I use a spoon or my hands to stuff the peppers, then I place them in a casserole dish like you see in the picture.

Preparing the Sauce for these Mediterranean Stuffed Peppers…

I set the peppers aside for a moment and get to work on the sauce for these Mediterranean stuffed peppers.

This is really a simple sauce. All I do is add two cups of chicken stock to a pot and bring it to a boil. Once it’s boiling, I add one 6 oz can of tomato paste and mix until the paste is dissolved. Then I turn the heat off.

Now that the peppers are stuffed and ready to go and the sauce is ready as well, let’s put this dish together!

I start by dicing one large onion…

In a saute pan, I heat about 4 tablespoons of olive oil and add the diced onion. I fry the onion on medium heat for a few minutes until it starts to brown. Then I season with salt and pepper, about 1/2 teaspoon of each, and mix.

Now, this part is a bit tricky. We want to add the stuffed peppers to the pot but it takes a tiny bit of time and we don’t want to burn the onion that is cooking in the pot. I used to try to work really fast and it would turn out to be a big mess, so now, instead, I just remove the pot from the heat for a minute and add the peppers nicely to the pot.

I crowd them together so they stand up.

I often have some of the meat filling left over, so I simply make meatballs from it and tuck them in with the stuffed peppers.

Now all is left to do is to cover the pot, bring the sauce to a boil, then lower the heat to medium and cook, covered, for about an hour.

To serve these peppers, I place two or three of them on a plate and then I make sure to drizzle some of the delicious sauce on each one.

Like I said at the beginning of this post, this is a great dish to freeze. You’ll need to let the peppers cool, then divide the pot into portions, let’s say two or three peppers per serving, place each serving in a freezer container, add some of the sauce and freeze for later.

This is a dish from my childhood, a classic Israeli dish that you’ll find on any dinner table in Israel. My mother used to make it a lot and I liked it then and love it now.

This dish is a whole meal on its own but it goes very well with some freshly baked bread so you can dip it in the delicious sauce and, of course, a salad. You can try this Israeli beet salad or pair it with this simple green beans and garlic dish.

If you give it a try, make sure to come back and let me know in the comments below how you liked it.

I personally love these peppers with the delicious tomato sauce, but if you want to check out a way to make Mediterranea stuffed peppers without sauce, I found this recipe that looks really good.

You can freeze these peppers as well. Let the dish cool, then divide it into servings. Add each serving to a freezer container and freeze. To serve, let the peppers thaw and reheat them on the stovetop or in the microwave.

Let's keep in touch! Please follow along on Instagram and if you made this recipe post a photo and don't forget to tag me. I'd love to see it! 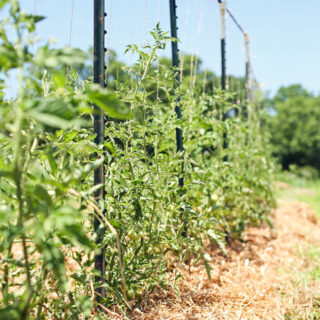 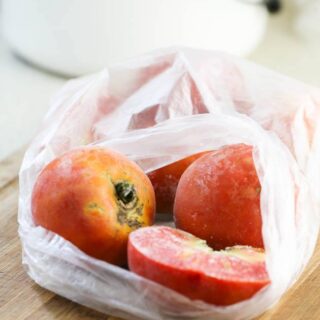 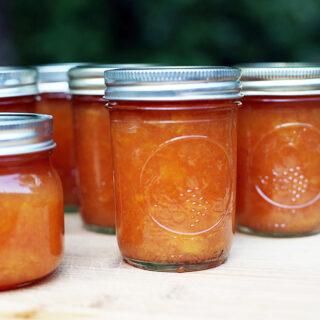