You are here: Home / Recipes / How to Make Apple Cider Vinegar
This post may contain affiliate links, view our disclosure policy for details.

In this post, we will learn how to make apple cider vinegar at home. A few weeks ago I made a large batch of applesauce. I was running out of apple cider vinegar so I decided to go ahead and use the apple cores and peels to make vinegar before throwing the “waste” to the chickens.

Making apple cider Vinegar at home is fairly simple to do. All you need is apple cores and peels, water, sugar, a jar, and some time.

It’s amazing to me how easy it is to make such a healthy and useful super food at home.

You can clean with apple cider vinegar, you can use it as a hair wash or for skin care, you can cook with it, drink it raw for an energy boost or for weight loss, catch fruit flies with it… The list goes on and on.

Every home should store apple cider vinegar and today I am going to show you how simple it is to make your own.

How to Make Apple Cider Vinegar from Apple Scraps

Before we start let me just note that since we are using the peels it is best to use organic apples. If you don’t use organic apples that’s fine too just make sure to wash your apples well before you peel them. 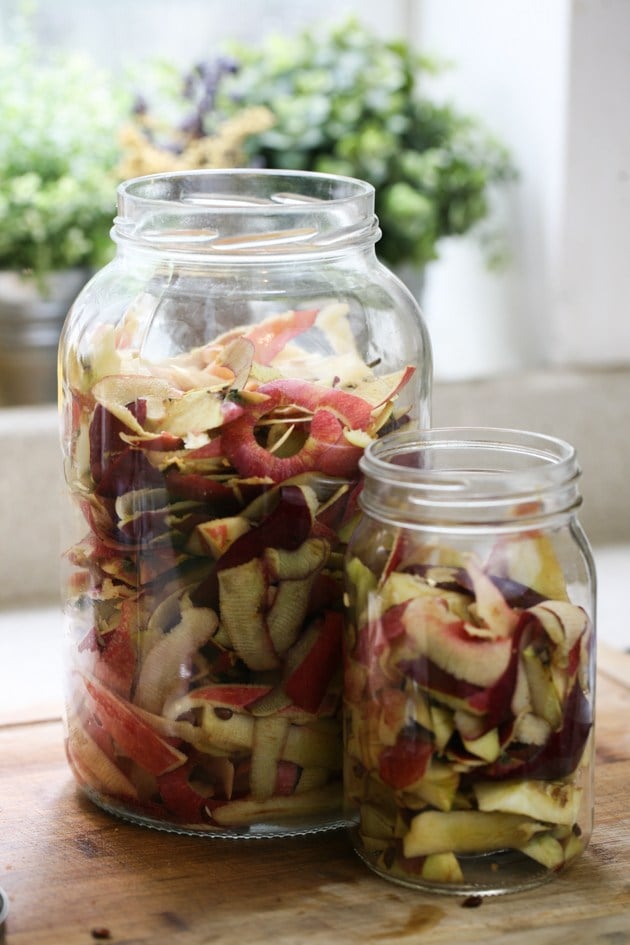 Let’s say you’ve been making an amazing (and very simple) apple cake, or you’ve been canning some applesauce and you have some apple peels and cores laying on the counter… 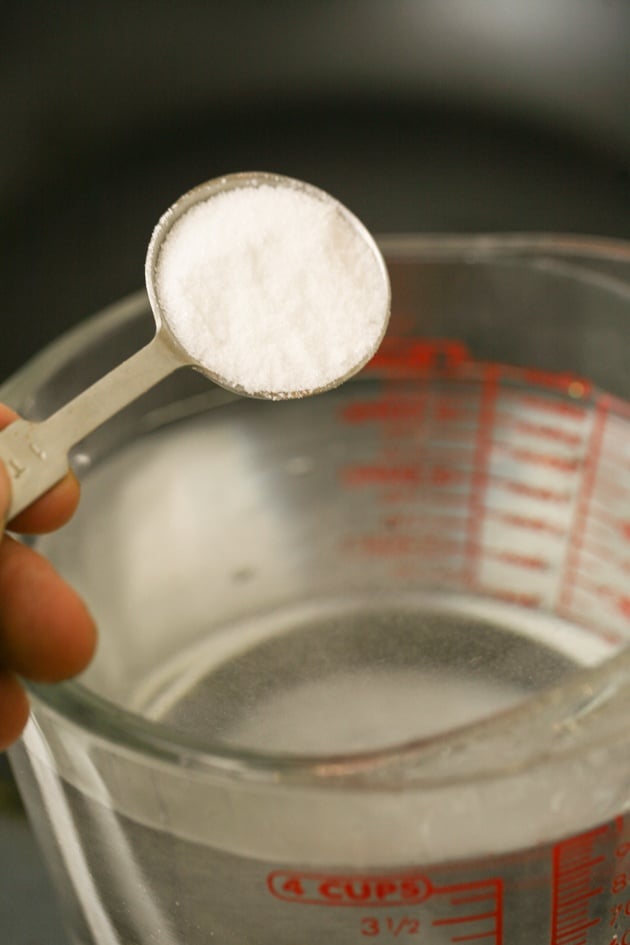 Then use a measuring cup or pitcher and add one tablespoon of sugar to every one cup of water. Stir until the sugar dissolves… 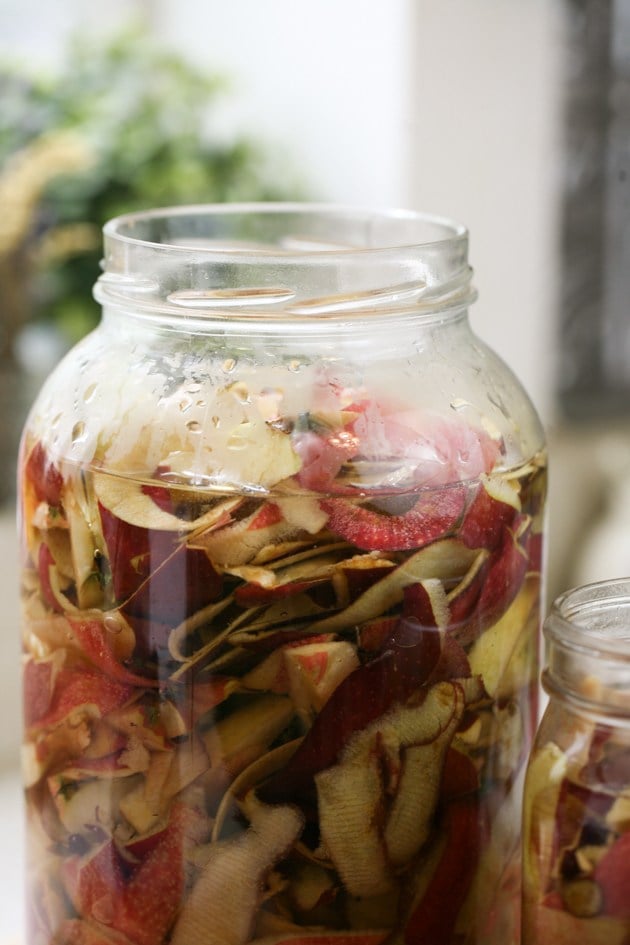 And add the water to the jar… 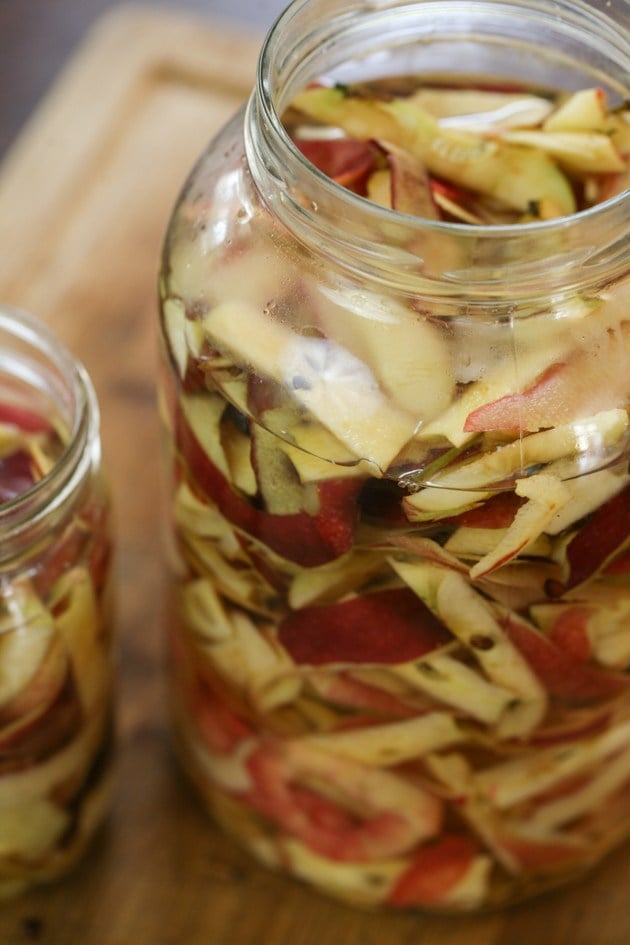 You want to try and cover the apple peels with water. Remember, for every one cup of water add one tablespoon of sugar. Keep adding cups of sugar water until the apple scraps are covered but make sure to leave a couple of inches of room at the top of the jar. 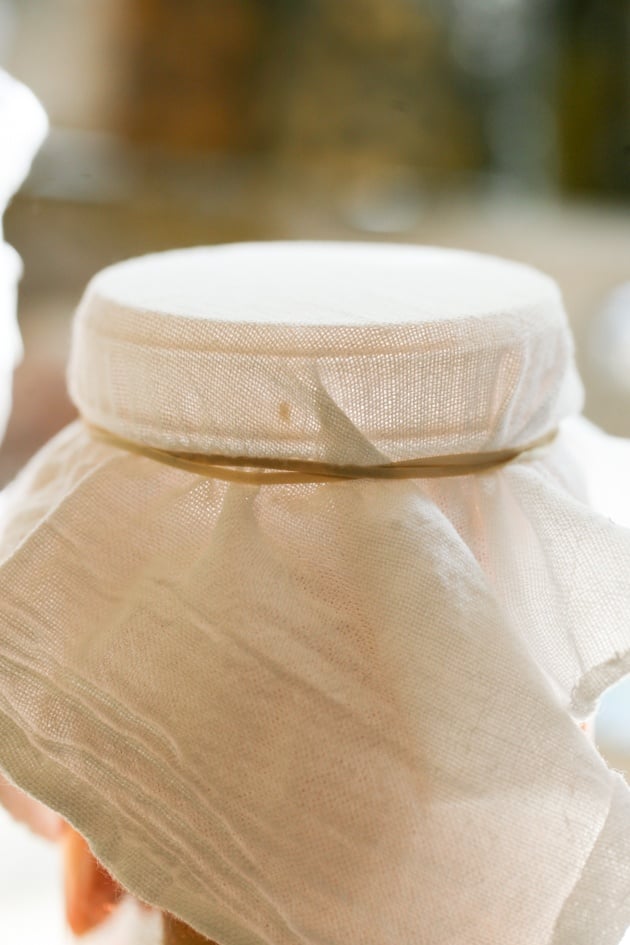 Cover the top of the jar with a thin kitchen towel and secure with a rubber band to keep the flies away.

Now you want to place your jar in your pantry, in a cupboard, on a shelf somewhere… Somewhere at room temperature, preferably dark, out of the way kinda spot. You are going to leave the jar there for two weeks. 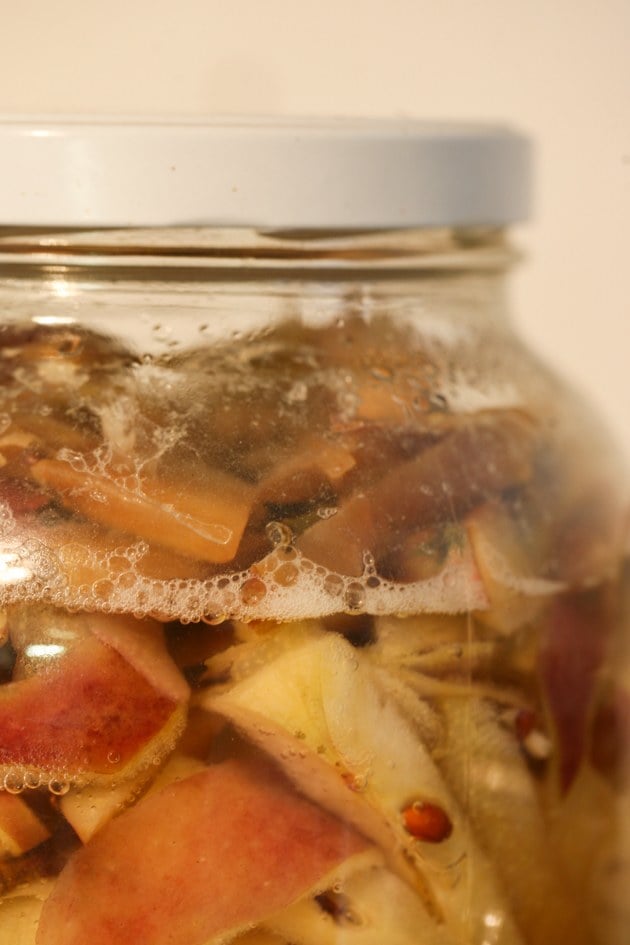 After a few days, you’ll notice the fermentation bubbles. The good bacteria that is developing in the process will eat the sugar we added to the water. 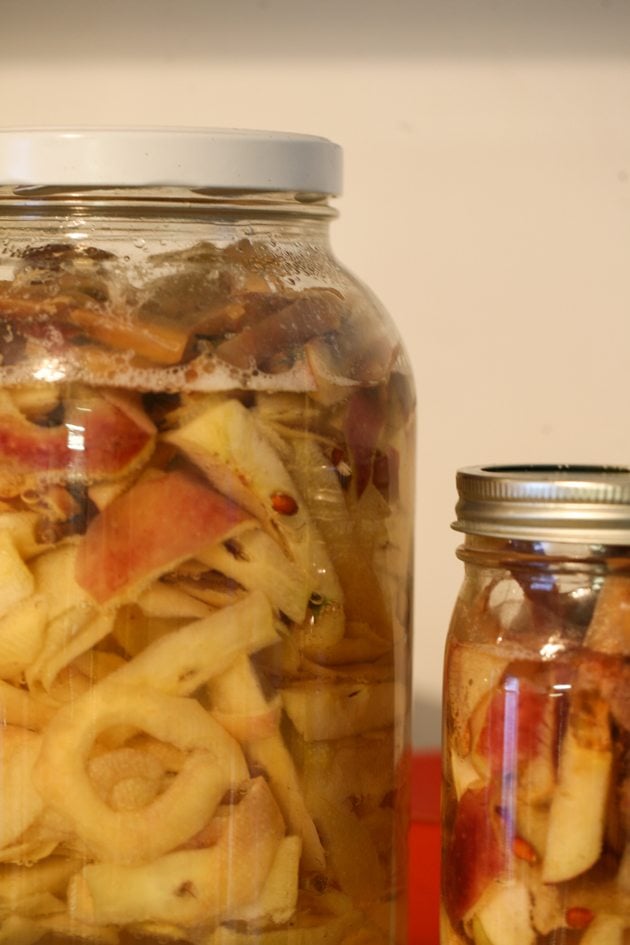 You can give it a little stir every few days if you like. If there is some brown stuff forming on the top it’s ok, you can spoon it out or you can strain it when the process is done. 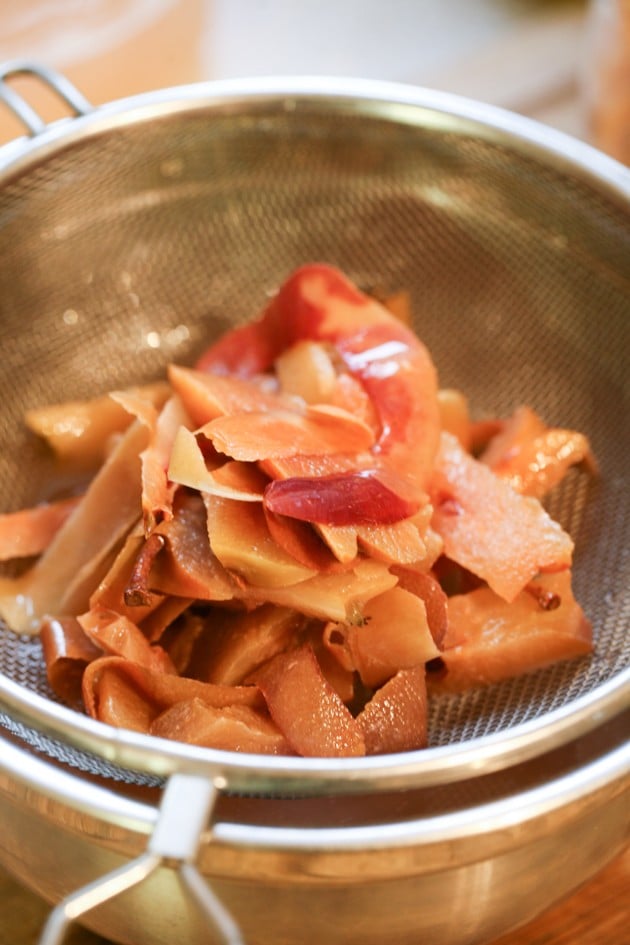 After two weeks, it’s time to strain the vinegar and remove the scraps. I placed my strainer over a large bowl so it can catch the liquid. 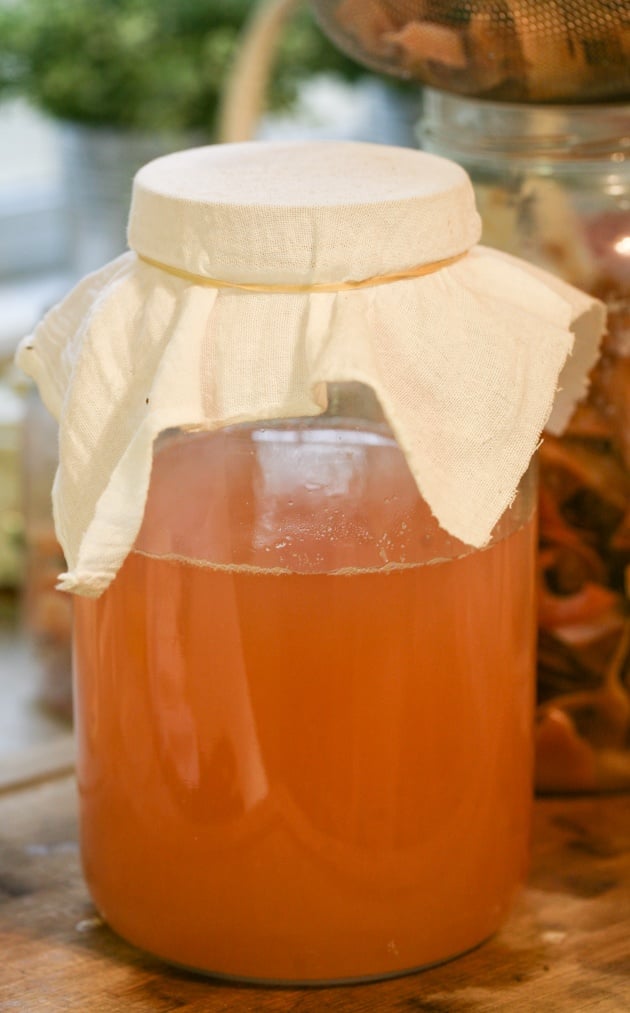 The scraps can go to the chickens. I placed the strainer over a clean jar and ran the vinegar through it again and into the jar. Cover the jar with the thin towel again and secure with the rubber band.

At this point, we need to let the vinegar sit at room temperature for another two weeks or so to get the final vinegary taste and smell. 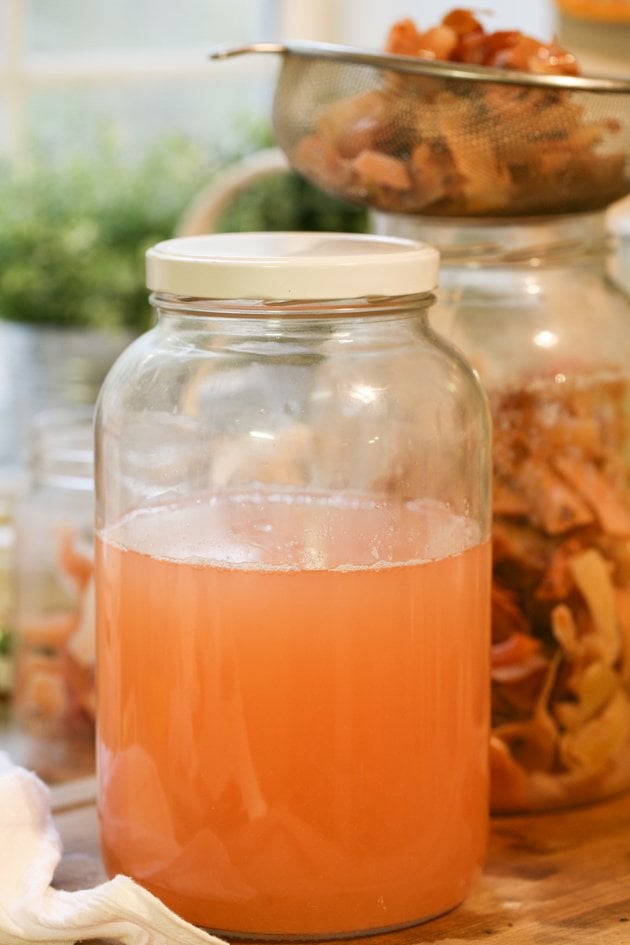 That’s it! After a couple of weeks, you can close the jar and store it. Some like keeping it in the fridge, I just leave it in one of my kitchen cupboards and it seems to be happy there at room temperature.

Here is a handy printable…

3. Cover the jar with a thin towel and secure with a rubber band. Place away (preferably in a dark and warm place) for two weeks.

5. Cover the jar with the thin kitchen towel, secure with a rubber band and place away for another two week.

6. That's it! Cap the jar and store in your pantry. You can use your vinegar just as you'll use a store bought apple cider vinegar. 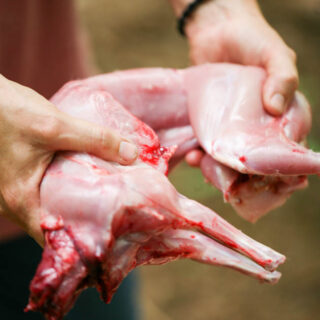 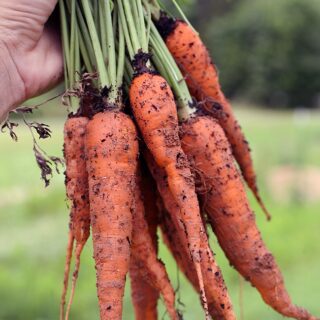 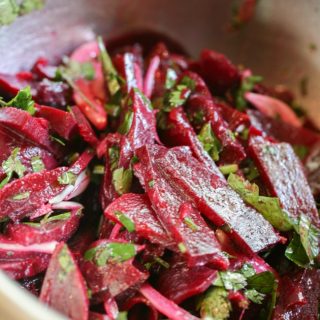 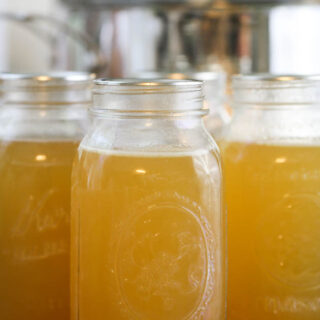